In December of 2014, CCS Michigan VA. Office was contacted by St. Anne’s Belfield of Charlottesville, VA to provide a complete AV design for their new Upper School Auditorium. CCS had worked with St. Anne’s Belfield’s AV/IT department in the past on numerous classroom installations and a Cafetorium installation, providing them with the latest in AV technology for these areas. Through design process CCS worked directly with the Architect Bowie Gridley of Washington D.C. and St. Anne’s Belfield AV/IT department to come up with a design that would be both instrumental to the buildings architecture and general overall use of the facility. CCS installation team, project manager, and engineers worked directly with English Construction who was tasked as the General Contractor for this 2015-2016 project to make sure that the AV installation went along with the overall project design. The CCS team consisted of Sales Account Manager Win Anderson, Project Manager and Engineer Gene Wells, Lead Tech and Project Manager Mike Barker, and a team of installers Chris, Frank, Brian, and Garth. The installation consisted of a Dalite Tensioned Professional 151.5” x 288” screen hung directly behind the stage proscenium wall. The projector used with this installation was an NEC NC2000C Digital Cinema Projector with a built-in server. The customer chose the Digital Cinema option so they could be featured as a host for a future film festival. CCS re-installed two customer provided LG displays in the lobby and greenroom locations.

The Audio system was the biggest feature for them in this project since the Auditorium would be used for a variety of functions including weekly Catholic Mass, stage productions, keynote speakers, acapella festival, and a variety of musical events. The audio speaker system consisted of two speaker arrays flown left and right of the stage location with 6 QSC KLA12’s paired with 2 KLA181’s.  The upper mezzanine speaker system consisted of 4 QSC ADS10T speakers fed from a QSC CXD4.2 amplifier. The audio system included an Allen & Heath GLD-80 audio mixing console with 3 audio expansion boxes located at the Stage racks and AV booth locations respectively.

CCS has presently wrapped up the installation on this project and is working on other additions that St. Anne’s Belfield are interested in adding to their auditorium.

Contact the CCS Michigan Project Engineer directly for more information or to get started on your custom integration project!

iDzyn5
Recent Posts
About Us

CCS of Detroit, Michigan can provide you with high-quality, on-time audio video solutions and project installations of any size.

CCS Presentation Systems maintains over 30 locations nationwide. For a complete list of our office locations and to find the office nearest you click here.

We're not around right now. But you can send us an email and we'll get back to you, asap. 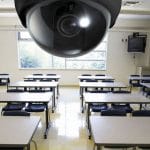 Classrooms on camera – controversial or critical?Uncategorized 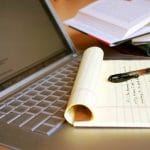 CCS Anytime – A savvy understanding is just a click awayUncategorized